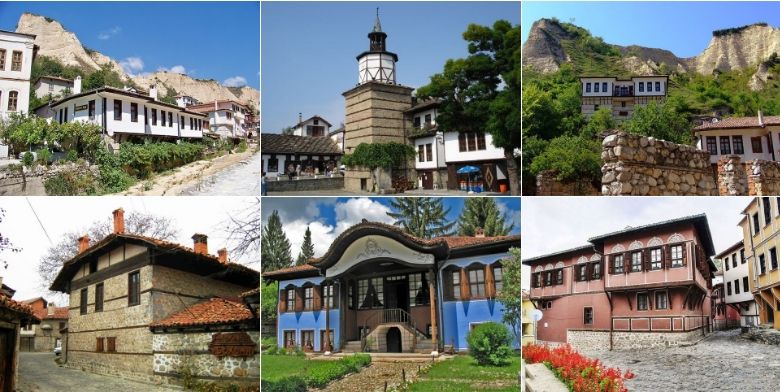 Bulgaria’s obvious places to visit as tourist attractions are Sofia – the capital city, Plovdiv – home to what is arguably the finest collection of 19th century architecture in the Balkans, Varna – Bulgaria’s sea capital, Veliko Turnovo – Bulgaria’s medieval capital, Rousse with its Central European elegance. Important cultural centres, they are good places from which to visit the rest of Bulgaria.

In the countryside you will come across some of Europe’s finest highland scenery, whose valleys harbour the kind of bucollic villages which have all but disappeared in Western Europe – Bansko, Tryavna, Koprivshtitsa, Kotel, Arbanassi, Melnik, Zheravna.

Much of Bulgaria is like an open-air museum of Balkan culture, with beautifully decorated churches and monasteries, fine mosques, wonderfully preserved rustic villages and folklore.

In many ways Bulgaria is one of the success stories of the Balkans; a politically stable democracy, EU member-country, it also harbours one of the fastest-growing tourist industries in Europe.

Most visits to Bulgaria are trouble-free but when planning your travel to Bulgaria you should be aware of the global risk of indiscriminate international terrorist attacks, which could be against civillian targets, including placed frequented by foreigners.

Check out the Travel Safety Leaflet for Bulgaria Ministry of Interior’s recommendations and useful information for your safe and pleasant travel, including Bulgaria map, list of foreign embassies, etc.

A picturesque small country, Bulgaria has existed for more than 13 centuries in Europe, linking East and West. Bulgaria remembers ancient civilizations and great people that wrote its turbulent history. Situated in Southeastern Europe, Bulgaria occupies the northeastern part of the Balkan Peninsula.
Did you know?
Fifteen interesting facts…<..more..>.
History Timeline
Some history dates and facts ……<..more..>.
Famous Bulgarians
A short list of the many Bulgarians who contributed to the world science, music, culture, sport…<..more..>.